There are many neurological disorders that can afflict the human body. These disorders are typically a challenge to treat. However, recent research in stem cell therapy reveals that these disorders can be improved upon with stem cell treatment.

This article explores the use of stem cell therapy for managing a variety of neurological disorders.

Stem cell treatment is unique in that it helps the body activate internal healing mechanisms. When stem cells are implanted into a new host body, they adopt the role of nearby cells. This allows them to replace damaged or malfunctioning cells with new, healthy cells. 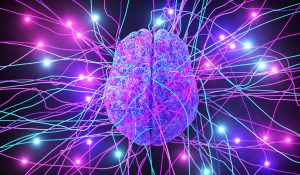 Stem cell therapy has been proven useful for treating a variety of different neurological disorders. Here are some examples.

Alzheimer’s is a complex disease with a number of different symptoms largely caused by the degeneration of cells and the buildup of Alzheimer’s plaques. Stem cells injected into the brain can help to regenerate damaged cells and improve cognitive function.

Further research reveals that stem cells treated with bromodeoxyuridine will be more likely to successfully regenerate when planted into the brains of patients with Alzheimer’s.

Multiple sclerosis (MS) is a serious degenerative disease with a number of painful and uncomfortable conditions.

Studies have been done on patients with malignant MS. These were treated with stem cells in addition to typical treatments such as anti-thymocyte globulin therapy. The stem cell therapy led to significant improvement that lasted for a long time.

The origin of stem cell therapy for treating Parkinson’s followed doctors who removed stem cells from a Parkinson’s patient’s brain. These cells were then cultured so that they could produce dopamine and, once they began producing the neurotransmitter, were injected back into the patient’s brain.

This led to an improvement in the man’s cognition and the recognition that stem cell therapy could be useful for treating patients with Parkinson’s. Even after several months, the patient continued to produce higher levels of dopamine, and even once dopamine production dropped, the symptoms of Parkinson’s didn’t return.

Cerebral palsy is a condition whose origins occur close to the moment of birth. Symptoms of cerebral palsy include seizures, hearing loss, difficulty speaking, blindness, and difficulty with coordination.

Studies have revealed that stem cell therapy may play an important role in helping to manage symptoms of cerebral palsy. By helping to restore malfunctioning cells, patients may be able to learn and build skills that they were incapable of.

Stem cell therapy has proven useful for a number of reasons. Now, it is showing promise for treating a host of conditions that are typically difficult to treat: neurological disorders.