Neurological disorders have fast become a challenging health problem to solve, and this is largely due to the fact that the regenerative capacity of the central nervous system is limited.

Stem cells are a category of cells that can self-renew and differentiate into other cellular parts. Stem cells and offshoots may be employed to replace the injured or lost neurons and glia, as well as to control the microenvironment. As a result of the intricacies of the nervous system, using cellular therapy to treat neurological disorders poses a bit of a challenge. This is usually because, for optimal results, there’s the need for precise determination on what cells to put in, when and where to deliver the cells, how to reconstruct the neuronal circuits, and how to nourish the niche, amongst others. 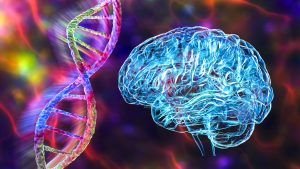 In recent years, however, we have seen an accelerated pace of advancement in the field of stem cell biology and therapy, which has led to a number of revolutions in the translational application and clinical trials for the treatment of a number of major neurological diseases, like Alzheimer’s disease, Parkinson’s disease, traumatic brain injury, spinal cord injury, stroke, and amyotrophic lateral sclerosis. With time, we’ve experienced a new era of development that gives safer and efficacious cellular drugs and interventional strategies that’ll be useful now and in the future.

Neurological disorders that can be treated by stem cell therapy

Here are some of the neurological diseases that can be treated with stem cell therapy;

Cerebral palsy is a disorder caused by brain damage during either pregnancy, delivery, or shortly after birth stages. It comes with seizures, hearing loss, difficulty speaking, blindness, lack of coordination, and mental retardation.

Studies have shown that stem cell therapy can benefit patients with neurological disorders. The chances of it working is higher when the transplants are done with injection, rather than directly into the brain.

Alzheimer’s is a complex and fatal disease that involves progressive cell degeneration, beginning with the loss of brain cells that control thought, memory and language. It’s well-known that this disease is untreatable and degenerative with just a few temporary and palliative drug therapies. However, neural stem cell (NSC) graft presents a potential and innovative strategy for the treatment of many disorders of the central nervous system, particularly Alzheimer’s disease which has the possibility of providing a more permanent remedy than present drug treatments.

When the first doctors tried treating PD with stem cells, they isolated the adult stem cells from the patient’s brain. Eventually, tests began to show that the cells were producing dopamine and they were eventually re-injected into the brain.

After the transplant, the patient’s condition was seen to improve and he experienced a reduction in the trembling and muscle rigidity associated with the disease. Eventually, the Parkinson’s symptoms did not return. This study was the first human study to show that stem cell transplants can help to treat Parkinson’s. 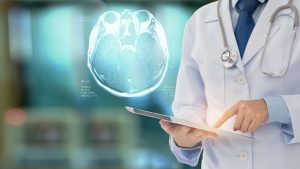 For stem cell therapy benefits and neurological disorder doctors in Beverly Hills, contact us to schedule a meeting and discuss the first steps to your restorative process.